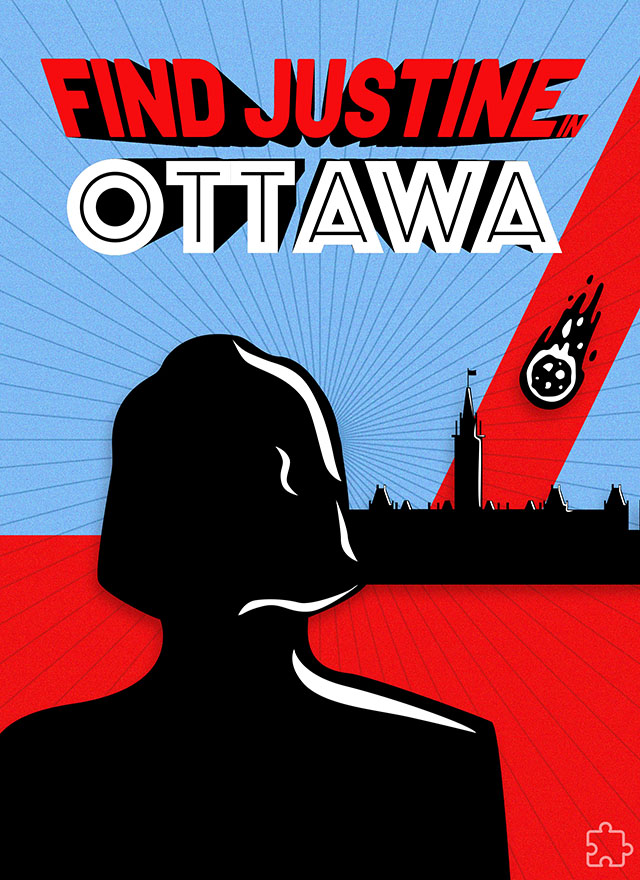 This adventure takes place in downtown Ottawa. You will have to find Justine Bompardi who is the head of Canada's secret affairs division and inform her of some terrible news. Time is not in your hands, so hurry up, but be cautious and discreet!

👉 After booking you will still be able to add players and you can play when you want.
✅ Valid for 12 months.

This is an urgent matter. An asteroid is heading straight towards Earth, threatening to destroy all living species. Fiction has become reality and this time Bruce Willis won't save us. Over the past few years, engineers from NASA (National Asteroid Service of Alberta) have been studying different ways to avoid such tragedy. They will try to divert the asteroid's trajectory through a nuclear explosion. Being a top three producer of Uranium, Canada and NASA need the green light from the Canadian secret affairs division in order to use this resource and launch the bomb. But where is Justine Bompardi? Last seen a few days ago in the streets of Ottawa, we will have to first find her and inform her as soon as possible.

You have been chosen by NASA (National Asteroid Service of Alberta) for this top secret mission. You will be guided by Olivia, your liaison officer. You will first have to find Justine Bompardi who was last seen a few days ago at the National Gallery of Canada and inform her of the terrible news. Above all, you will have to act discreetly to avoid spreading the news and causing a great panic among all citizens. This is why you have been chosen. The future of humanity is in your hands and time is running out!