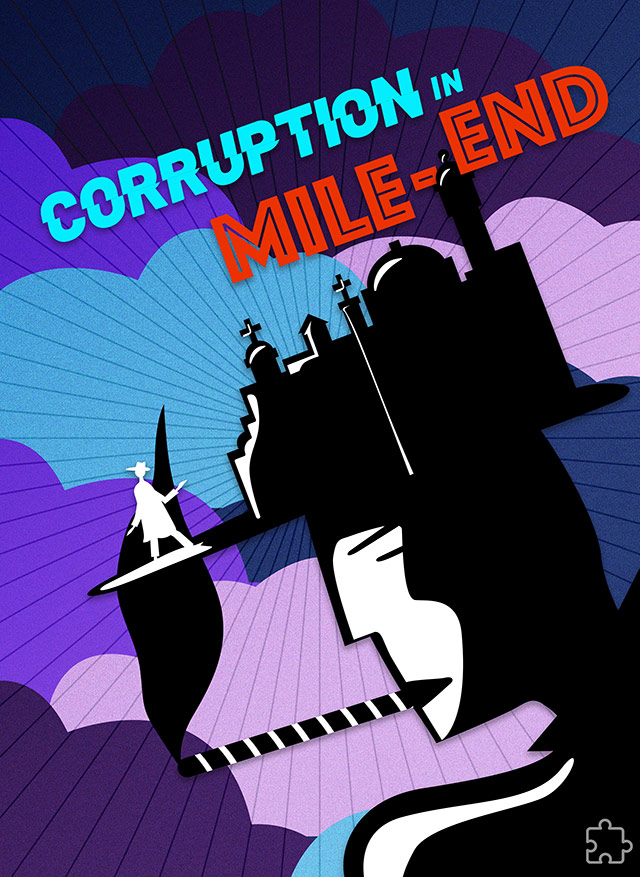 This immersive mission takes place in one of Montreal's most iconic neighbourhoods: Mile End. Your task is to track down a hidden informant. Be watchful and hurry up, time is running out!

👉 After purchase you will still be able to add players and you can play when you want.
✅ Valid within the next 12 months.

The city of Montreal has been hit by massive corruption. A discreet and powerful organization known as Beautiful City is behind many of these crimes. This organization began as an urban planning movement that transformed many cities in North America, including Washington DC, New York and Montreal. But Little by little, the organization's greed has grown out of control. Criminals have replaced the architects...

You have been chosen for a mission of the utmost importance. Several scandals have been exposed thanks to an anonymous group of vigilantes fighting against Beautiful City. One of the members used to work at the Montreal City Hall: Lysandre Daly. She has just been discovered and ousted by a colleague who is an ally of Beautiful City. She had fled to Mile End to hide and protect herself. She needs your help finding the traitor. Your mission is to gain her trust and help her in her fight. Time is running out. Hurry up!

It's very simple. Upon purchase of any of our games, you can play when you want within the next 12 months. When you are ready to play, go to the starting point and launch your game with the link in the activation email. Then wait for the email instructions and the rest is a surprise.

2) Do I need to install a mobile app to play our games?

No, there is no app to install. We send each player an activation email that will instruct you on how to launch a game.

3) How many players can play together in the same game?

The more the merrier! Here are our recommendations: Play up to a maximum of 8 people simultaneously. For groups larger than 8, you could break into smaller groups with departures every 10-15 minutes. Raise the stakes and play against each other against the clock :D

4) Can we play without a cell phone?

No, your cell phone will be your best ally in answering puzzles. It will also be necessary to answer the riddles through our web application, check your e-mails, access the Internet or even answer a call...

5) Do we need to reserve a time to play?

No, this is one of our advantages. You don't need to book a time to play. After purchasing a game, you will have 12 months to launch your adventure whenever you want. You can play any day of the week and at any time of the day. However, we recommend playing before nightfall as some puzzles require you to read signs and observe the facades of buildings...